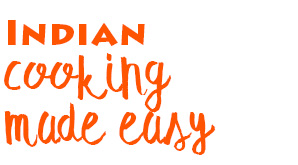 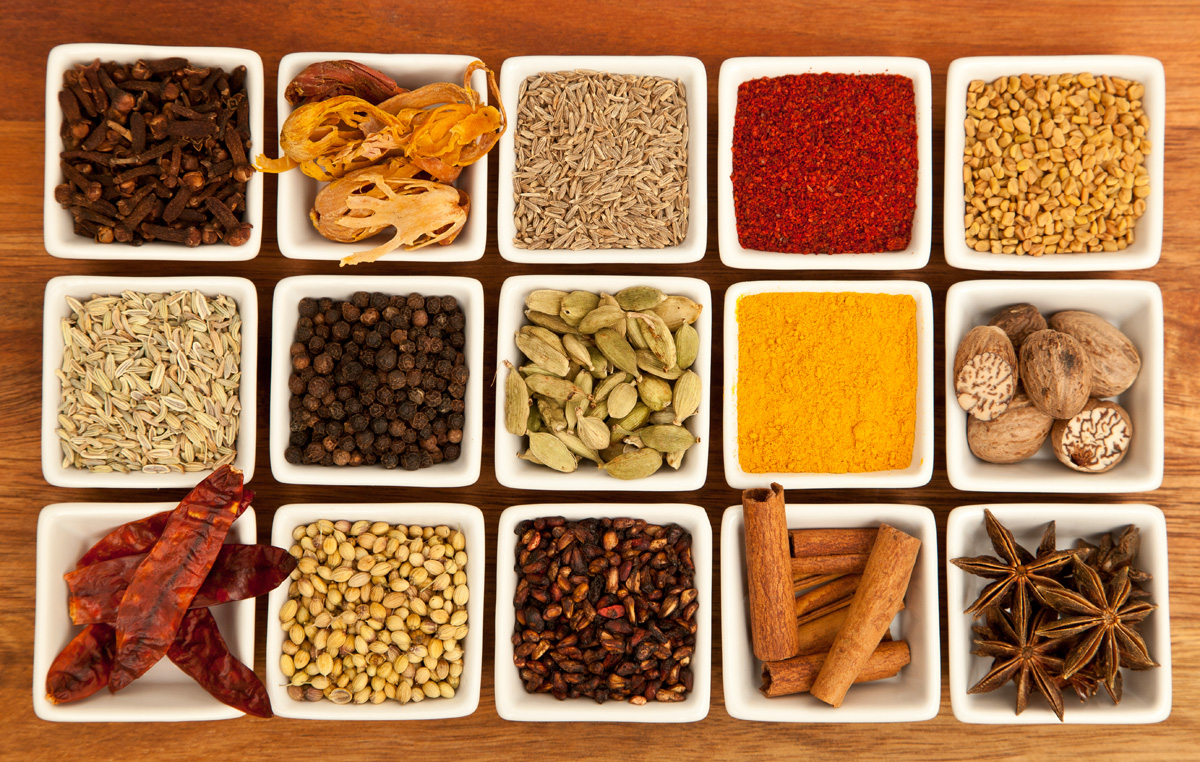 Looking to get started on cooking up perfectly delightful Indian food – spicy chicken in thick gravy; yummy dal that leaves you smacking your lips; mix-vegetable preparation that makes you want to turn vegan overnight; and the deliciously soft and silky tikkas and kebabs that make you thank your stars you are not?

If your passion for Indian cooking is so high, it’s time for you to stock the kitchen with herbs and raw ingredients that are essential to most dishes cooked in this country. Ready to take down the list? Here goes…and pay careful attention.

Known as “adrak” in Hindi, ginger is used quite extensively in Indian cooking. Whether in its dried form or as paste, it acts as the base for various kinds of Indian curry. However, owing to its rather pungent taste, Indians take care to use it sparingly.

In addition to cooking, ginger is also added to Indian tea, which lends it a unique flavor, not to mention medicinal properties. Especially during harsh winters in this sub-continent, it is not uncommon to see Indians cradling a cup of ginger tea in their hands taking short, satisfied sips that help them beat the chill and keep winter-related ailments at bay.

Like ginger, garlic, or “lahsoon” as it is known in Hindi, is used sparingly. It is generally paired with ginger and seldom used by itself. In some meat based dishes, ginger-garlic paste is used as marinade to tenderize meat.

Unless you are a follower of Jain religion, you can expect to find onions (“pyaaz” in Hindi) in virtually every Indian dish. Offhand, I can hardly think of even one dish that can be cooked without onions. In fact, cooking generally begins by gently sautéing onions in oil till its golden brown, after which the other spices and ingredients are added.

Yet another form of onion is widely popular in India. Thinly sliced red onions in vinegar, known as “sirka pyaaz” or pickled onions are generally eaten with dry meat preparations such as tikka and kebabs. Its tangy taste offsets the delicate spices used in preparing the kebabs.

Potatoes or “aloo”, as it is known in India, is a widely used tuber. From being used to make spicy and delicious snacks like “pakodas” and “samosa”, potatoes, in their mashed form, also make a lovely stuffing for “paranthas”. As a standalone dish, preparations like “dum aloo” and “zeera aloo” are extremely popular as well.

When it comes to cooking, potatoes have an important place in the Indian kitchen. Owing to its ability to absorb the flavor of ingredients it is being cooked with, Indian housewives use this tuber as an emergency fix, if they’ve happened to add too much salt or spice to a dish.

Coriander leaves are known as “hara dhania” in India. This leaf has a very strong flavor and can be used in various forms – dried as powder, ground to paste, and in its original form as garnish.

Curry leaves, although popular all over India, is used extensively in South Indian cooking. These small, green leaves, shaped like almonds have a distinct aroma and lend a unique taste to a dish. Fresh curry leaves are most often used in tempering. They are available in powder as well, but not too many cooks are fond of it in that form unless they are typically using it for the special fragrance it brings to food.

Indians love their green chilli peppers. If it isn’t being chopped up into tiny pieces and added to the food being cooked, you will find people chomping on whole green chillies during the meal. The smaller the pepper, the hotter it is going to be. So if you aren’t able to stomach heat very well, stay away from the tiny ones. Alternatively, you could also slit the green chillis down the middle, clean out the seeds (which are considered the hottest part of the chilli) and use the de-seeded version in your Indian preparation. 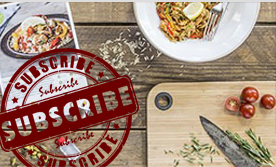